Combating the Negative Effects of Winter Temperatures on Nitrification 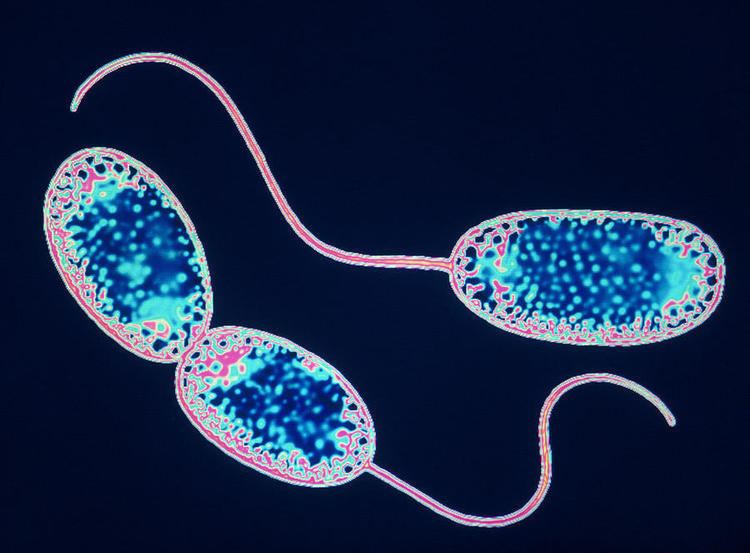 Introduction: The Nitrogen Cycle
The environment uses many biological reactions to maintain balance in nature. Since nitrogen is a key component of all living matter, it is critical that this element be recycled. This process is represented by the nitrogen cycle. 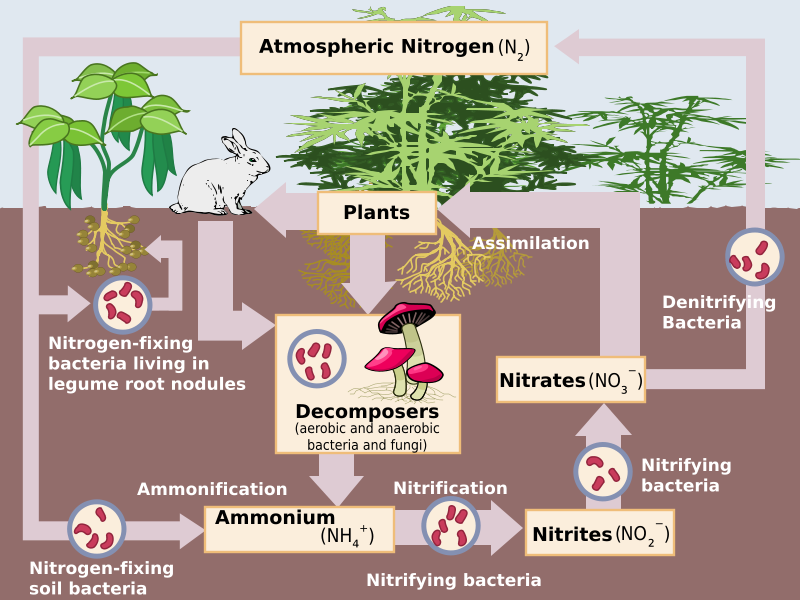 At the top of the nitrogen cycle, you see nitrogen gas or N2.  Our atmosphere is largely nitrogen gas (approximately 80%). As you move counterclockwise, you can see that Nitrogen gas is also “fixed” by numerous bacteria to produce ammonia. Toward the center of the cycle, you also have your decomposers, such as your aerobic and anaerobic bacteria and fungi that also degrade organic matter and contribute ammonia.

A key detail is that ammonia in water at pH below 9 is in the ionic form. This is the form available to microorganisms. Nitrification is the next step in the cycle and it is crucial to converting ammonia gas to nitrite and then to nitrate, which is the form most readily assimilated by plants. As dead plants decompose, nitrogen is released again as ammonium ions. And finally, nitrate may be converted back to nitrogen gas and discharged back to the atmosphere by a process called denitrification.

The Nitrification Process
There are numerous microbes that can accomplish this process but Nitrosomonas and Nitrobacter are the major strains known and most all nitrifying microbes require the same conditions.  They are called chemotrophs, a type of autotroph, because they use chemicals as food instead of organics.

The first step in nitrification is conversion of ammonia to nitrite. The bacterium Nitrosomonas oxidizes ammonium to nitrite plus hydrogen and water.

The second step is conversion of nitrite to nitrate, which is facilitated by the bacterium Nitrobacter.

The Nitrobacter reaction generally occurs faster than the Nitrosomonas reaction.  Because of this, you would seldom find high levels of nitrite in wastewater systems. And if conditions are right, the nitrate could then be further broken down by denitrification releasing nitrogen gas.

How Temperature Affects the Process
In ideal conditions, Nitrobacter and Nitrosomonas bacteria that are already in wastewater will consume a significant amount of ammonia on their own. These naturally occurring bacteria will slow down in the winter, but the discharge permit limits don’t change during the winter. So, wastewater plant operators facing a 3 ppm discharge limit, for example, will see their levels climb from 1, to 2, to 3, to 10 ppm as the weather cools. When ammonia levels must be decreased quickly, overnight even, a dose of our nitrifier products will help by increasing the number of microbes.

A fast drop in temperature causes a more severe problem, as the natural population does not have time to adjust, often resulting in higher organics. Nitrifiers are inhibited by organics, whose degradation competes with them for oxygen, providing another factor that slows nitrification. In this instance, carbonaceous degraders, or heterotrophic bacteria that use organic carbon as their food source, are recommended as well to help reduce organics.

Plant upsets will tend to have a larger impact on nitrifiers and can take them weeks to recover, unlike carbon bacteria that can recover in days or hours. This slow recovery is due in part to the very slow growth of nitrifiers. In fact, most bacteria can double in as little as 20 minutes, but nitrifiers take 12 to 24 hours to double. Nitrifiers are also more susceptible than other microbes to wash out in a waste treatment system and to toxicity.

Highly Affected Industries
Municipalities: Ammonia is produced by the breakdown of organic sources of nitrogen, the fourth most abundant element in living things. High levels of nitrogen are found in organic wastes. Since municipal wastewaters contain large amounts of organic wastes, the wastewater will have a high ammonia concentration.

Refineries: Refineries are more sophisticated generally using activated sludge treatment systems. These wastewaters have higher concentrations of phenol and other toxics. They represent an opportunity to treat the organics and the nitrification system. Most well-operated refineries use or have used bioaugmentation with nitrifiers. It provides a very important tool for control of their systems.

How We Can Help
Our nitrifier product line is based on Nitrosomonas and Nitrobacter strains and can assist with the conversion of ammonia to nitrite and nitrate, so that wastewater treatment plants can effectively manage the nitrogenous compounds, like ammonia, in their effluent.

In addition to incurring serious penalties if discharged wastewater exceeds limits set forth by NPDES (National Pollutant Discharge Elimination System) permits, excessive amounts of ammonia also have severely harmful effects on the environment. These include:
• Toxicity to fish in receiving waters
• Dissolved oxygen depletion in receiving waters
• Reduction of chlorine disinfection efficacy
• Reduction in the suitability of water for reuse