In water resource recovery systems, foaming is a pervasive problem that can occur in aeration tanks, secondary clarifiers, and anaerobic digesters. The consequences of foaming range from inconvenient, such as the need for additional housekeeping or dealing with unpleasant odor—to disruptive, like elevated total suspended solids (TSS) and biochemical oxygen demand (BOD) in effluent or decline of solids inventory up to 20%—to downright dangerous, including wind disbursement of pathogens and even fires caused by foam entry into oxygen compressors. Furthermore, these types of operational issues significantly impact costs, making it crucial to prevent or otherwise correct foaming as efficiently as possible.

Eliminating foam hinges on identifying and rectifying its cause, the potential number of which is vast but considerably circumscribed by foam type. Type of foam can be surmised based on general appearance and confirmed through microscopic observation. Read on to discover the 6 most common types of foaming, as well as solutions to address them.

As biological systems adjust to an influent waste stream, a white and puffy foam may briefly form. This is referred to as start-up foam, and though it usually resolves itself within the system’s first few days, the addition of a defoamer can temporarily control excessive amounts and hasten the process. It is important to note that diverse setups can be affected, including those that utilize activated sludge, membrane bioreactors (MBR), and aerated stabilization. 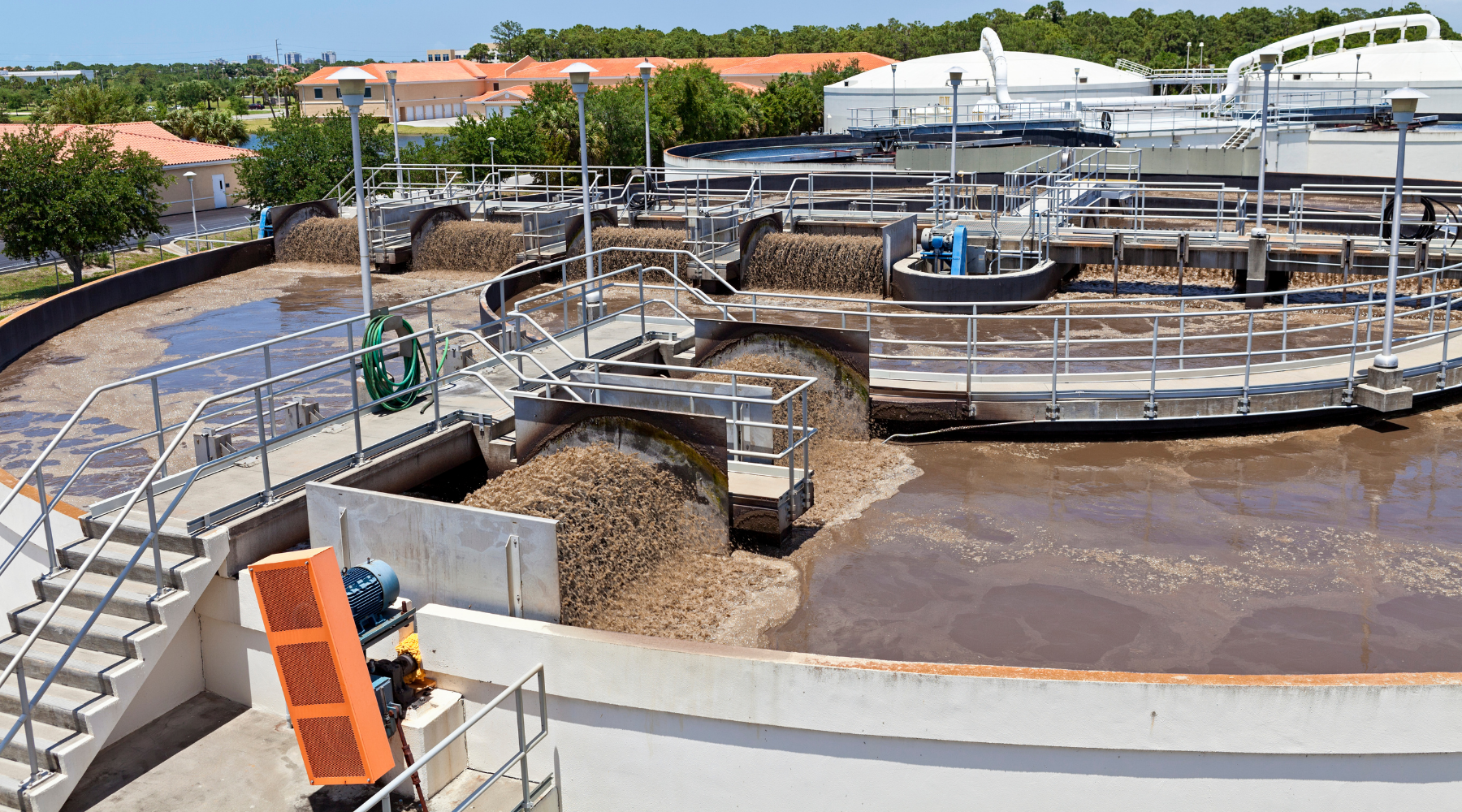 Similar in color and texture to start-up foam, surfactant foam is generally lighter and resembles soap suds. The reason for this is that surfactants (or surface-active agents)—which are present in soap and reduce the surface tension of water to better remove soils—cause this particular type of foam. In municipal and industrial systems, detergents and cleaning products are the predominant contributors. Treatment is also comparable to start-up foam in that application of an anti-foam product is recommended. 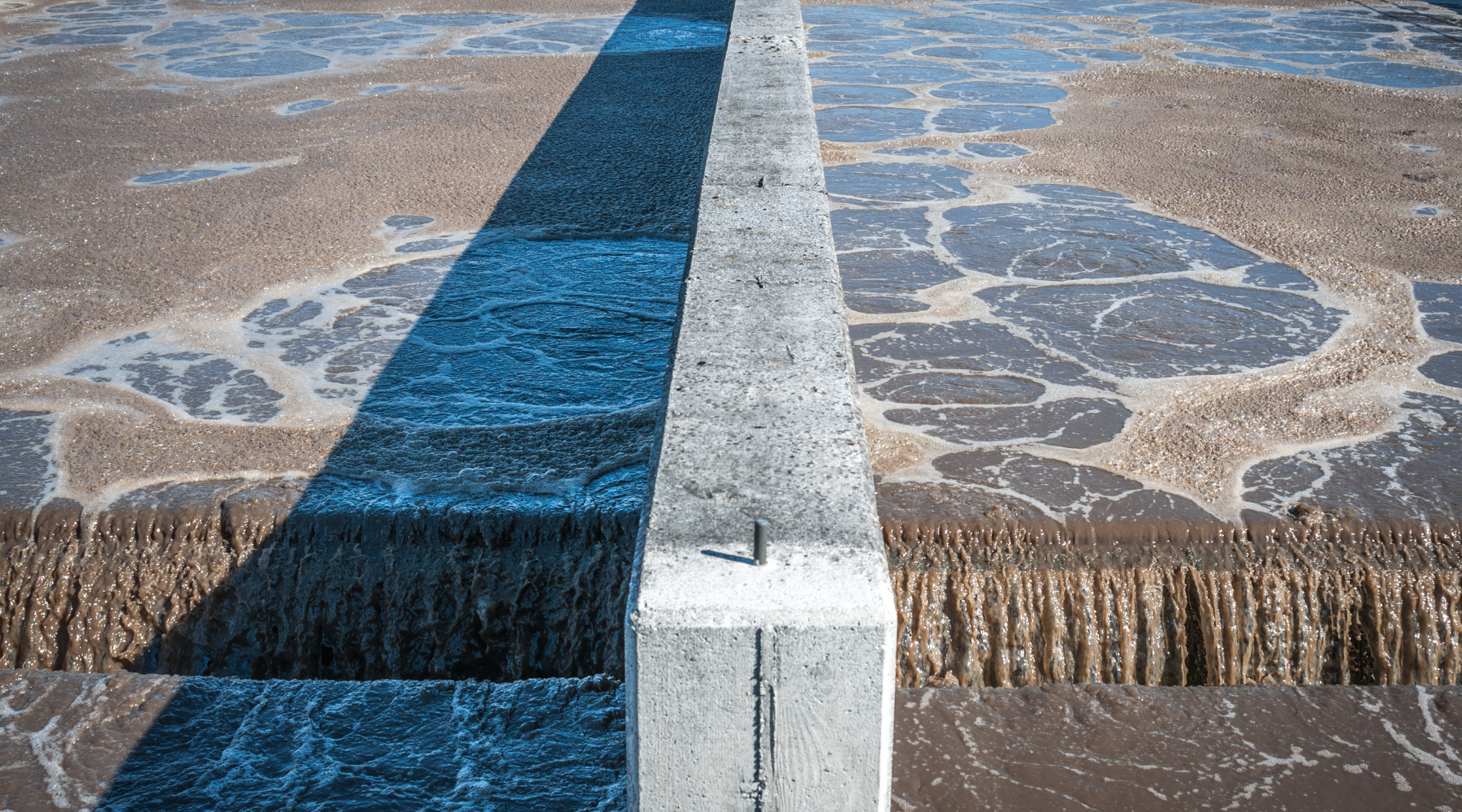 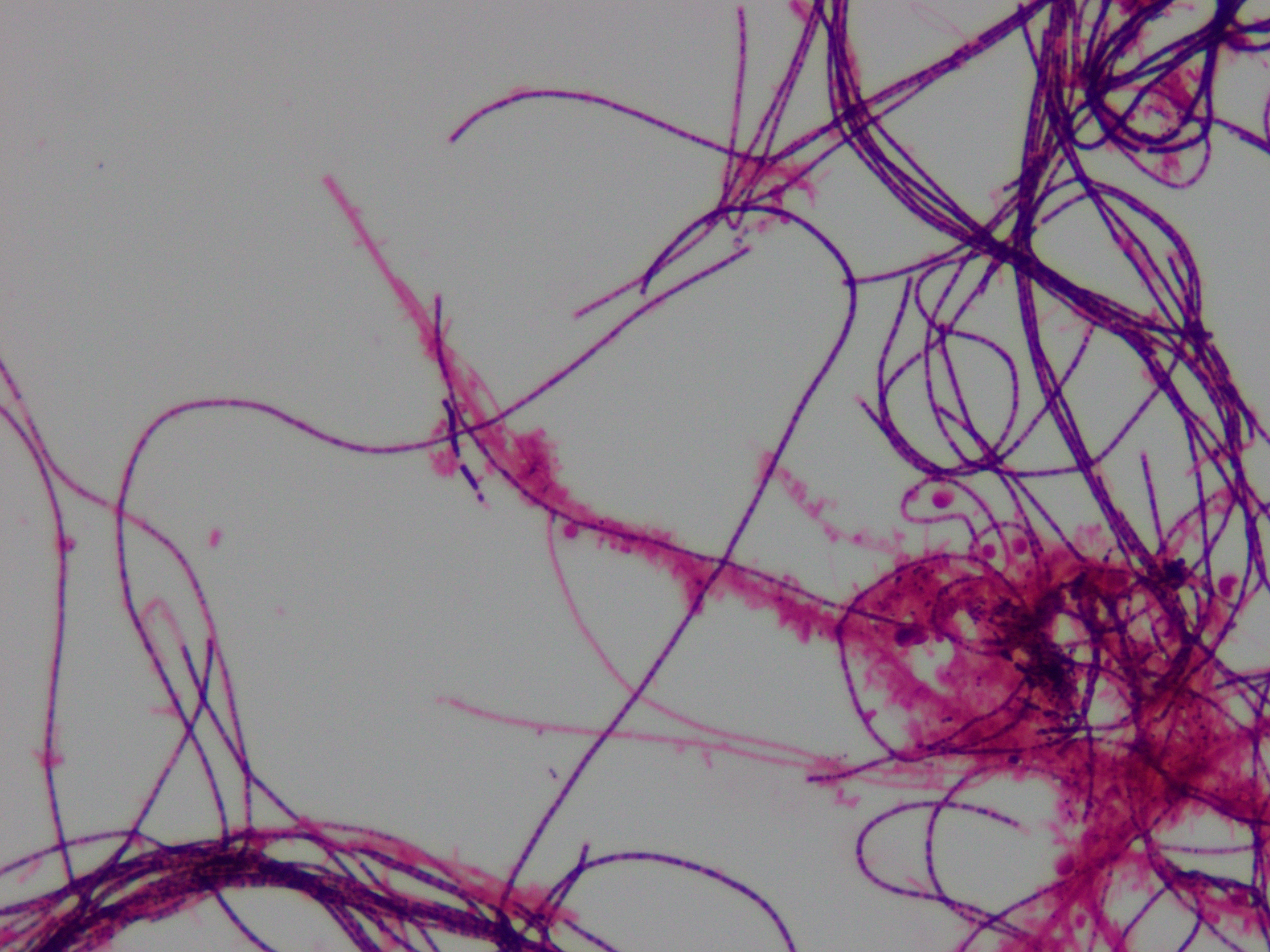 This thick, brown foam is comprised of filamentous bacteria that grow in long thread-like colonies, such as Nocardia or Mycolata and Microthrix parvicella. Crucial to sludge processing, these filaments not only very effectively degrade fat, oil, and grease (FOG) molecules and remove BOD, but they also add stability to flocs by acting as a “sticky backbone,” so they grab more particles and don’t break apart as easily. If, however, filamentous bacteria multiply beyond desirable levels—due to a low food-to-mass ratio, high sludge age, foam trapping, etc.—too many of them link together and form a massive mesh that floats, in part due to their hydrophobic nature and in part due to trapped air bubbles in the mesh structure.

Rarely, a high dosage of a synthetic defoamer may bring the foam under control, but hydrocarbon-based defoamers should not be applied under any circumstances. In order to restrict further growth of the problematic filamentous strain, a return activated sludge (RAS) line should be chlorinated with a concentration of 3–4 ppm per 1,000 ppm total volatile suspended solids (VSS) as early as possible. The existing foam should be skimmed and hauled off, and it is crucial to entirely prevent removed foam from re-entering the biomass. 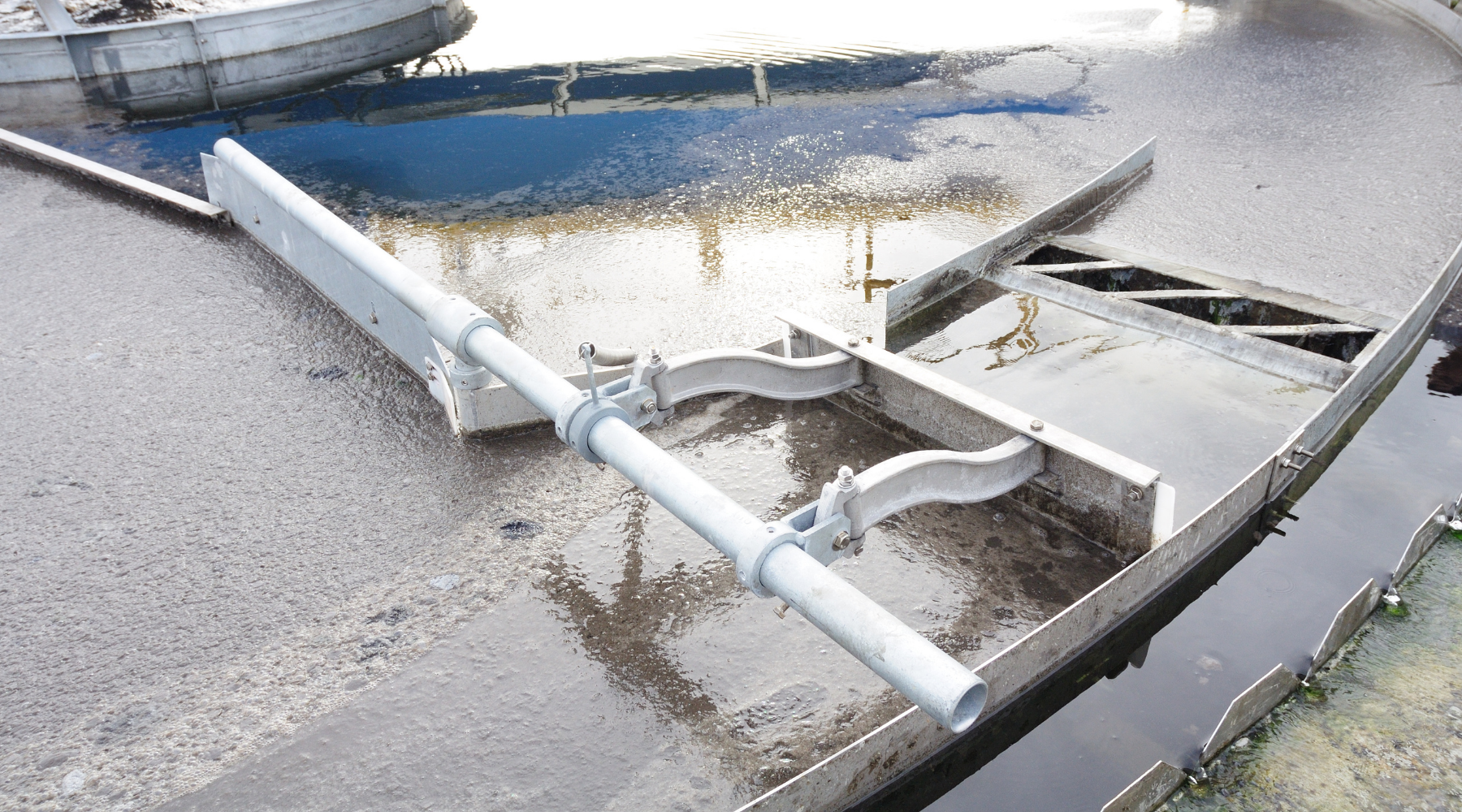 Gray to tan, thick, and stable, nutrient deficiency foam is sometimes mistaken for filamentous foam or biomass “kill” foam. As the name suggests, this occurs when proper nutrients are not present in sufficient amounts, causing the stressed biomass to overproduce extracellular polymeric substances (EPS), and once the bacteria are encapsulated with heavy EPS, nutrient deficiency foam appears. Elevated EPS can also contribute to other types of foaming on this list.

It is important to distinguish via microscopic observation and India ink staining between loosely bound (LB) EPS and tightly bound (TB) EPS. LB EPS is most often associated with nutrient deficiency, but could also be due to other stresses, such as low VSS, low TSS, toxins, temperature, etc. TB EPS, however, grow and become populous in the presence of an organic food source, such as sugars, alcohols, and lactic acid. Extremely high doses of defoamers may keep foam caused by TB EPS and LB TBS from worsening, but generally will not decrease it. Nutrient addition is often required for LB TBS, while microorganism addition is required for TB EPS. In either case, wasting should be increased as well to eliminate the encapsulated floc, so new floc can grow to replace it. 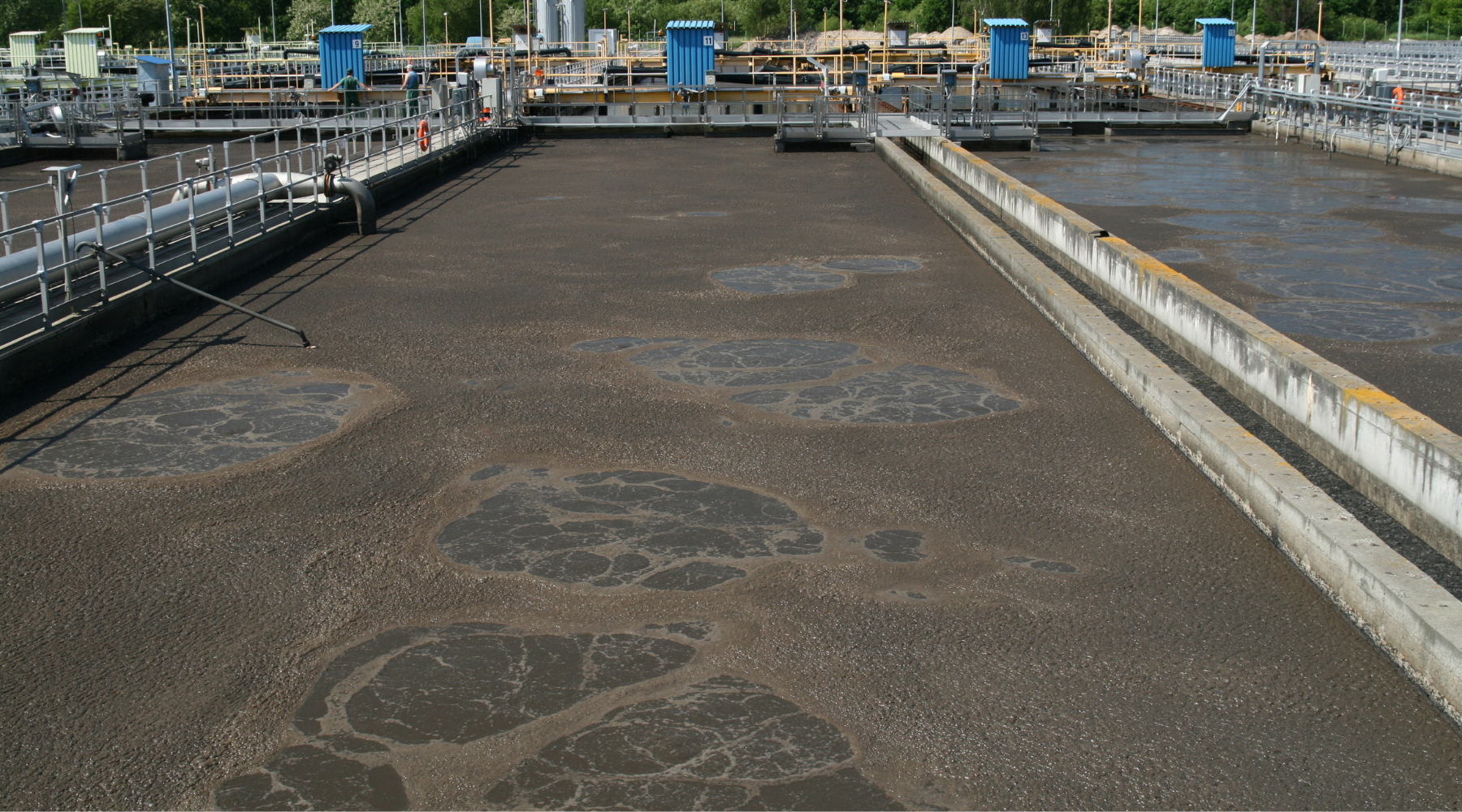 The hallmark of this foam is not a specific color or texture, but appearance in the anaerobic digester. A consequence of delivering filament- or EPS-laden solids to the digester, this type of foaming can create its own set of problems, like heat restriction, blockage of gas collection, and solids inversion. Eliminating anaerobic digester foam requires treatment upstream, typically in the aeration basins.

Unlike the others on this list, brown and clumpy denitrification “foam” is actually nitrogen-gas-infused floc floating to the surface—often in a secondary clarifier—and occurs only in the absence of oxygen. The foam-like substance cannot be corrected with defoamers, but it can be prevented by monitoring oxidation reduction potential (ORP) in the sludge bed with probes. Increased RAS and wasting will help remedy an overly anoxic environment in general, but local anoxic zones should be addressed through ensuring proper aeration and mixing, as well as sludge removal. 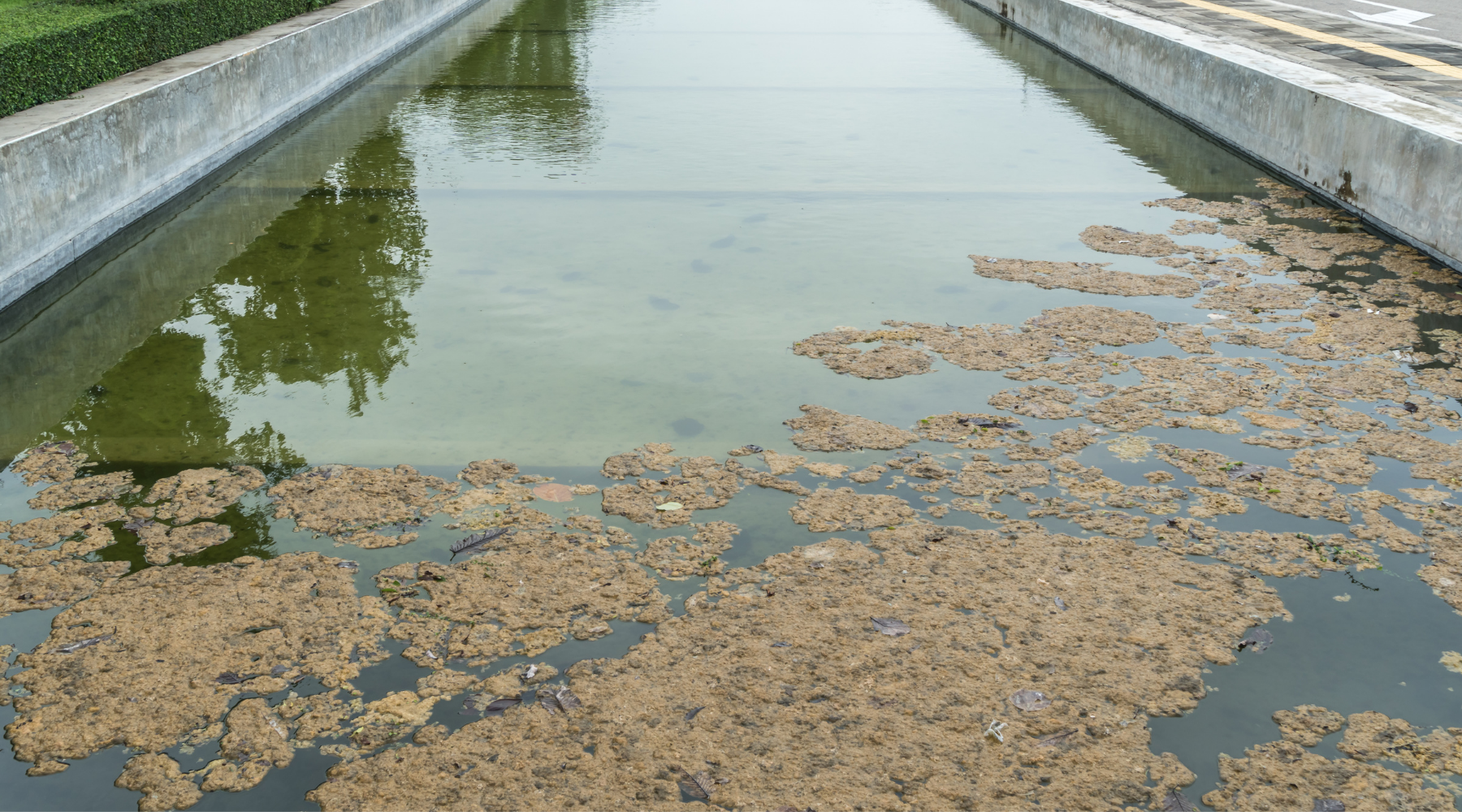 Microscopic observation is the key not only to identifying type and guiding treatment once foaming occurs, but also to its prevention by detecting contributing factors when all still appears normal on the surface. Through our new Microscopic Analysis service, we are helping water resource recovery plants diagnose and rectify foaming issues, as well as address diverse challenges related to water and environmental technologies. To learn more, please click here or call 800-232-2847 for immediate assistance.