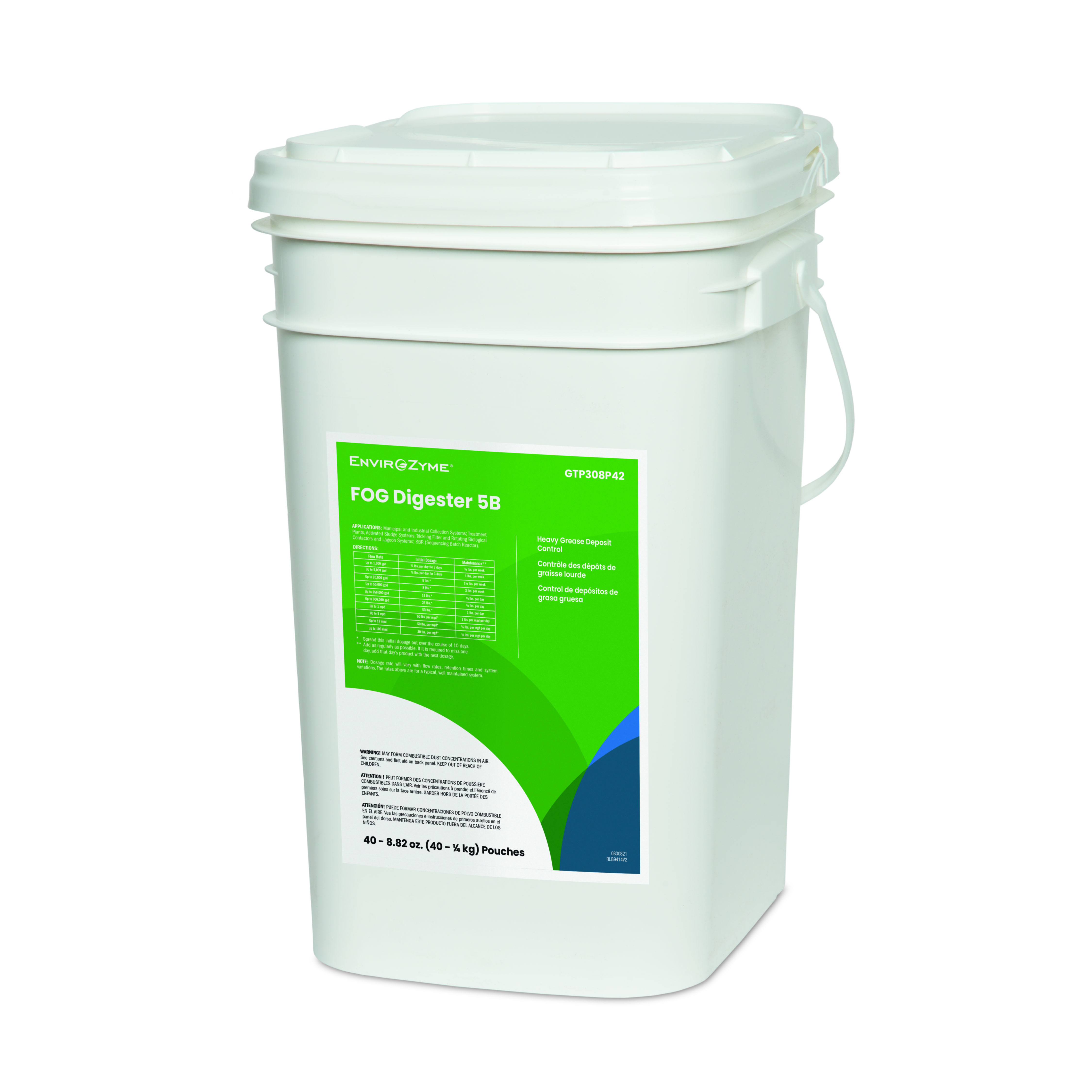 A juice company began biological treatment to help control the physicochemical parameters in their effluent. Physicochemical parameters are physical and chemical conditions that affect water quality, like pH and temperature. To comply with the juice company’s standards, levantine intermediate water (LIW) from the natural juice manufacturing processes were treated with EnviroZyme® FOG Digester 5B.

From the end of April through June, 2.2 pounds of FOG Digester 5B (4 ¼ kg pouches) were added to the LIW daily. During this time, grapes were being processed in the plant. Out of all the fruits the juice company processes, grapes generate the most issues in the plant. FOG Digester 5B was tested in rigorous conditions for best results. 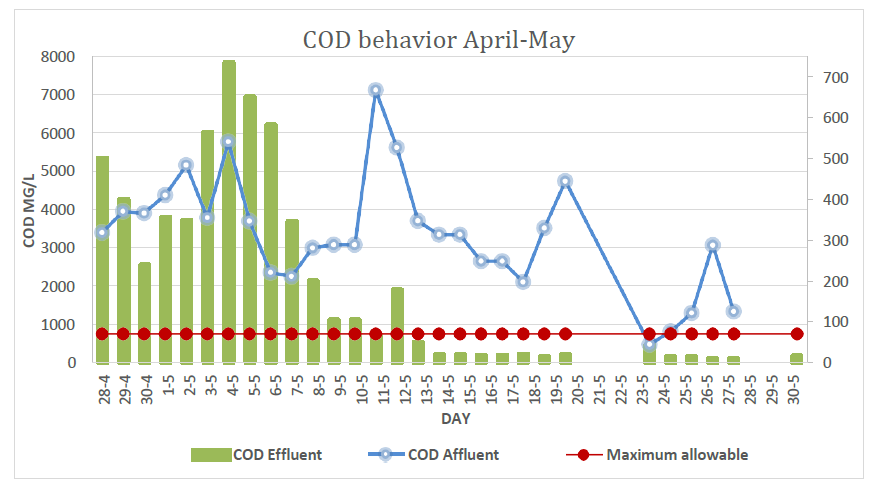 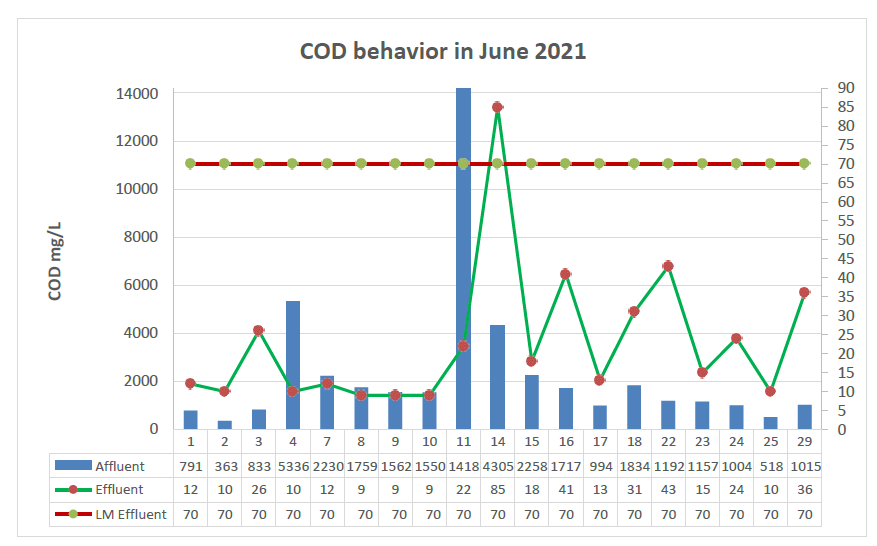 Despite different variations in the affluent, the TSS concentrations in the effluent were steady and compliant with the standard. The levels remained below the maximum effluent limit with assistance from the biomass in the biological reactor and regular treatment of the biological product. 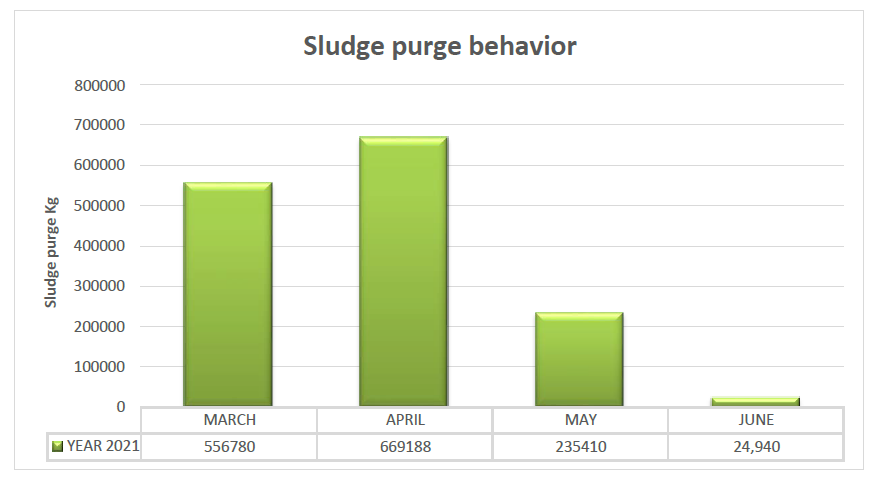 The amount of sludge had significantly dropped over the 2 months. When treatment began at the end of April, there was a 64% reduction from April to May. There was a 90% reduction from May to June. It has been a cost-cutting benefit for the juice company. 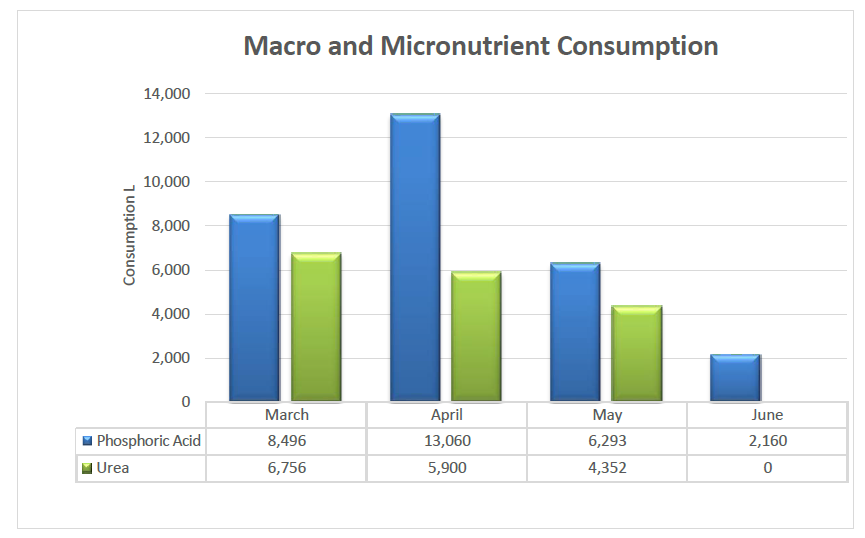 Nutrient savings were observed throughout the study. More specifically, phosphoric acid and urea consumption were observed as these are usually added to the LIW. 8,496 L of phosphoric acid were used in March, while 13,060 L were used in April. In May, the number of liters used dropped to 6,293, and then again to 2,160 L in June. 6,756 L of urea were used in March, and 5,900 L were used in April. Once treatment began, 4,352 L in May were reduced to 0 liters in June. This provided a 100% savings and a 66% reduction in consumption overall. Total nutrient savings were $13,155.

The amount of energy consumed during the study reduced by 62% compared to May and 72% compared to April. The total saving equals $9,210.

FOG Digester 5B helped the juice company achieve its goal of stabilizing and controlling physicochemical parameters. As a result, there was a 90% sludge reduction compared to May 2021, which equals a saving of $25,000. The total cost savings from the study was $47,368. FOG Digester 5B improved other areas of the wastewater, including a reduction in nutrients, sludge, and energy which had significant cost savings that is included in the total cost savings. The product also supplied enough nutrients in a balanced and equilibrated way so extra phosphoric acid and urea are not needed. 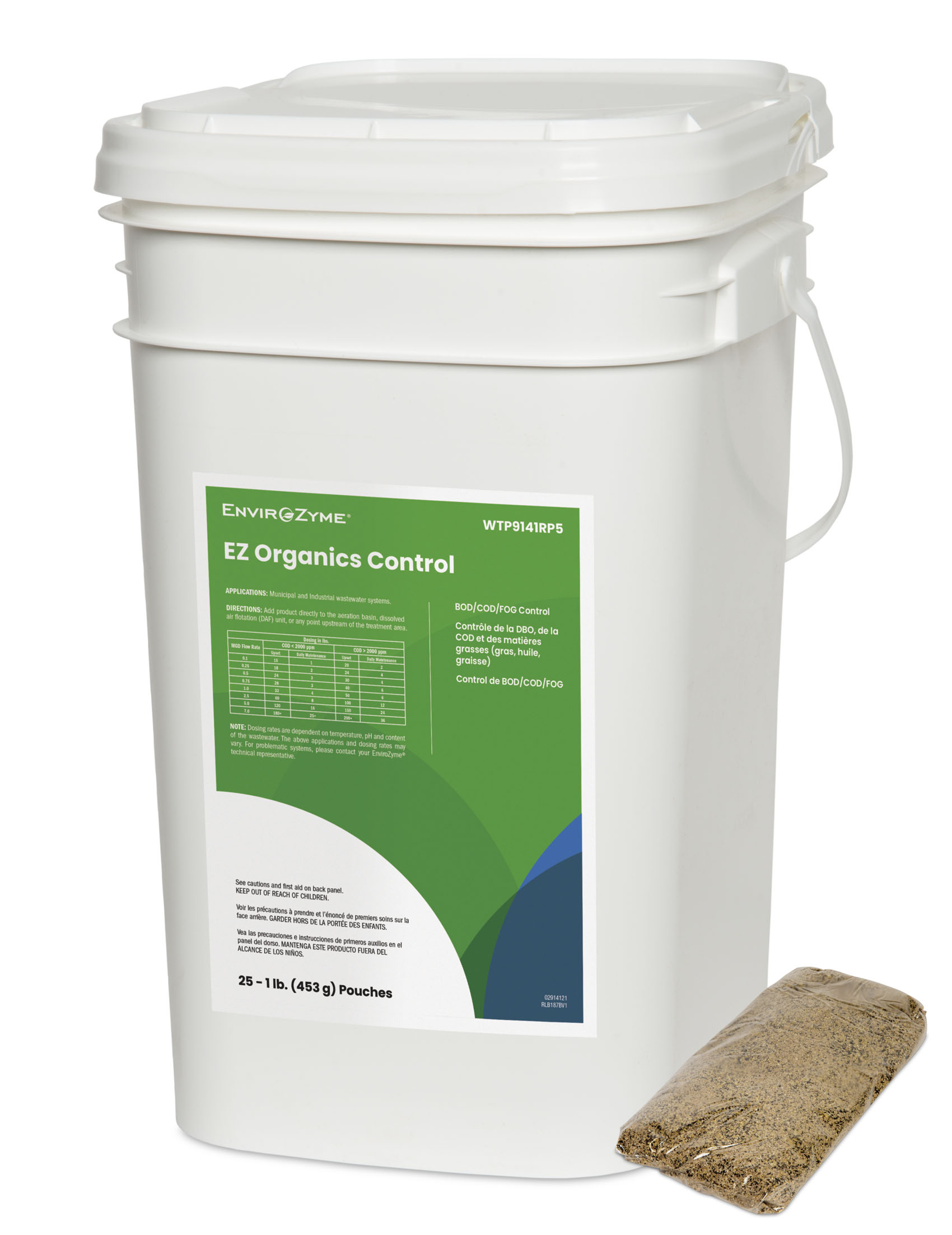