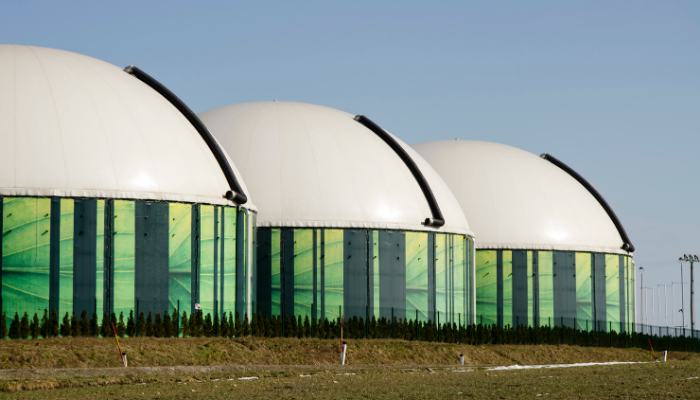 The U.S. alone produces over 70 million tons of organic waste every year, which—if mismanaged—poses immediate threats to both the environment and public health, for example through water contamination. In addition to the short-term risks, through natural decomposition, organic waste produces large amounts of methane, a greenhouse gas that traps 86 times more heat in the atmosphere over 20 years than carbon dioxide. By harnessing organic waste to produce biogas, a renewable source of energy, these (and other) major problems are succinctly solved, and it is being done today through none other than anaerobic wastewater treatment.

In addition to the aforementioned benefits of general pollution control by organic matter degradation and energy generation by valuable gas production, anaerobic systems are attractive for reasons like:

Disadvantages of anaerobic systems are comparatively few and include:

How Do Anaerobic Systems Work?

Anaerobic degradation is a biological process that occurs in the absence of oxygen and is divided into 4 steps. Without all 4 steps, biogas production can be significantly impacted.

Macromolecules (carbohydrates, proteins, lipids) are solubilized by the action of extracellular enzymes excreted by bacteria. Particular compounds are split into monomers or dimers (sugars, fatty acids, amino acids) to be able to be transported within the cellular membranes. The process can, however, be limitative regarding complex wastes with high solids fraction (e.g., cellulose).

Examples of microorganisms involved in hydrolysis are:

Once in the cell, the simple molecules resulting from hydrolysis are used as substrates (food) by microorganisms, which produce volatile fatty acids (VFA) and alcohols. Carbon dioxide and hydrogen gas are also produced during this phase.

Examples of microorganisms active in this process include:

It is important to note that, in the case of organic overloads, a high growth rate can be responsible for an accumulation of VFA or hydrogen gas, which can inhibit the remaining 2 steps.

In acetogenesis, microorganisms catabolize the VFA and alcohols from acidogenesis into acetate.

This process occurs only in strict anaerobic systems and requires:

In the final stage of anaerobic degradation, bacteria use the acetate created during acetogenesis, hydrogen gas, and carbon dioxide to produce methane, otherwise known as biogas.

Like acetogenesis, methanogenesis only occurs in strict anaerobic environments, and involved microorganisms include:

This stage is considered the most limitative regarding the dissolved compounds, and growth is favored by the presence of acetate. Further, some non-methane-producing bacteria can outcompete the methanogens and inhibit their growth, particularly in instances where wastewater has high sulfur content or high proteins/nitrates content, as seen often in food production and rendering plants. 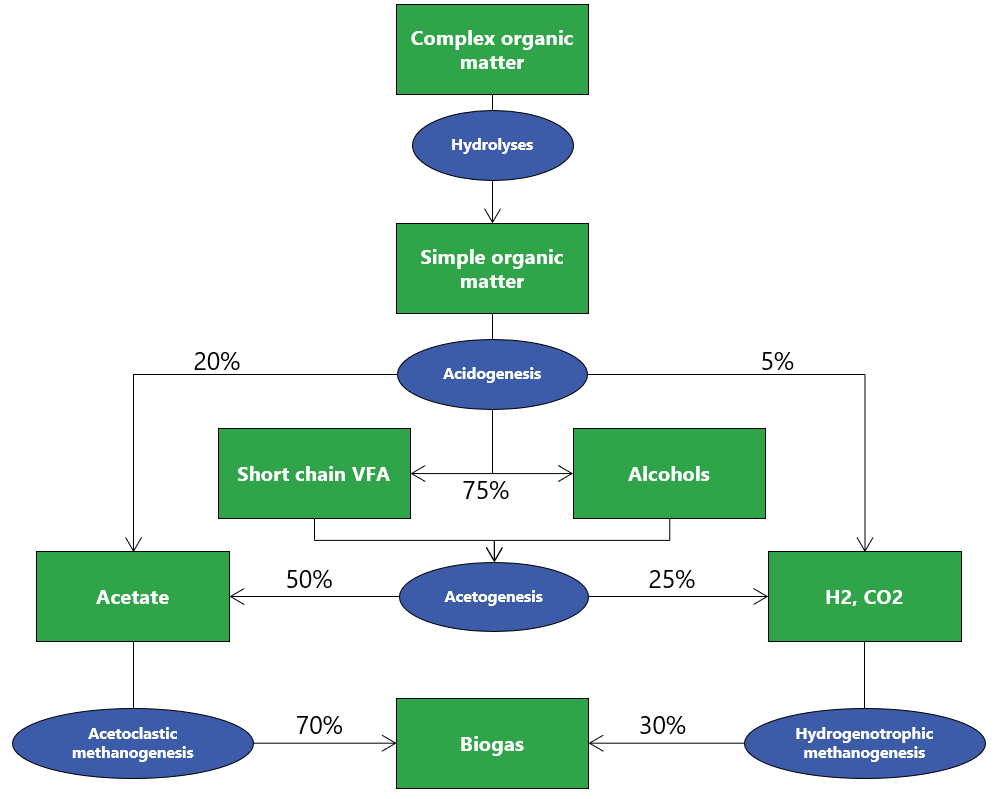 Where Does Anaerobic Degradation Take Place?

Anaerobic degradation can be achieved in many types of bioreactors, with varying organic loading ranges:

As mentioned above, anaerobic systems are relatively sensitive. Influencing factors include:

Most importantly, the anaerobic degradation of organic matter relies on a precise synergy between many microorganisms, and the right populations of bacteria are needed to reach a complete and stable conversion to biogas. For daily maintenance as well as upset recovery in anaerobic systems, new EZ Anaerobic and Biogas contains a unique blend of bacteria, enzymes, and nutrients designed to maximize the efficiency of organics breakdown and methane production. In fact, regular usage can allow for higher organic load tolerance and increased methane yields of 20-50%. To learn more, please click here to view the product page with technical specifications, directions for use, and other resources, or click here to connect with us for ordering information.

As always, EnviroZyme is here to help with any challenge related to water and environmental technologies. Please call 1-800-232-2847 to speak with one of our bioaugmentation experts today.